If you're not sure which direction your career should go in, you're thinking about making a career change, or you just want to feel more fulfilled in your career, these ten tips might help.

Ideally, everyone would know their true calling early in life and find happiness in their work, but it often doesn't work that way. One survey (of New York professionals) found that they expected to change careers three times in their lifetimes; lifelong careers may not be the norm any more.

That said, we know there are better ways to choose a career than just following your parents' footsteps or choosing randomly. Here are some ideas.

10. Think About What Excites and Energizes You

This one's the first obvious step—we all want to enjoy and actually like our careers. (Perhaps the biggest sign you're on the wrong path is if you dread talking about your job.) While passion isn't the only requirement for being content in your career, many would say it's still essential, if only because passion is what keeps you going even through the tough times. Is there a job you would do job for free?

9. But Also Keep in Mind What You're Good At 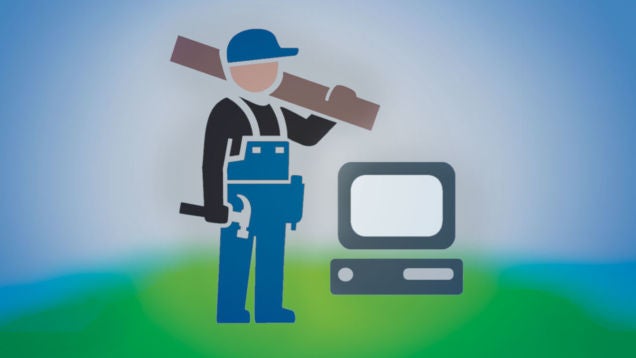 Maybe you don't feel that passionate about any specific career—or you love multiple areas and can't decide on just one. Then it's time to think about your personality and focus on the skills you have. "Don't do what you love. Do what you are." 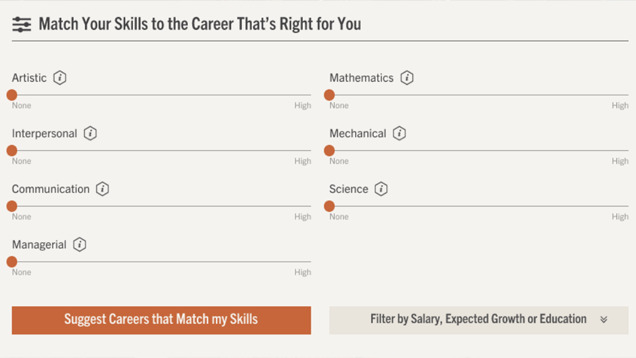 Well, you say, what if you don't know what you're good at or even what you're interested in? Career assessment tests in college or even high school help narrow down a field (perhaps with the Myers-Briggs personality index), but if it's been a while since you took those tests, there are other kinds of assessment tests you can take. This one from Rasmussen College matches your self-reported skills and interests with potential jobs. (And they also have a salary and job growth interactive chart.) For potential programmers, Switch recommends a coding career based on your preferences. About.Com's Job Search site has a collection of other career tests.

You can also find a career that fits your motivational focus with this assessment test. 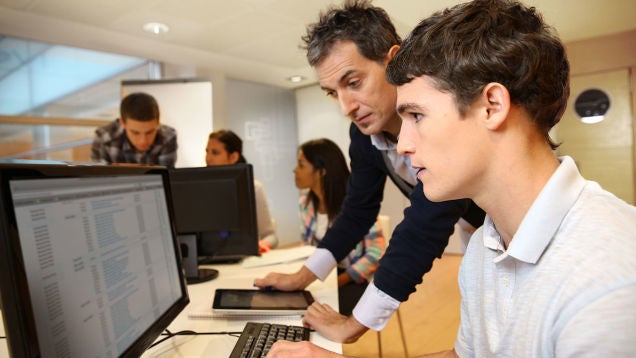 If you have flexibility when it comes to salary, an internship could be a great way to test out an industry or type of career—and eventually get a full-time job (especially if you have no prior experience). Even if it doesn't turn into a job or you find out it's the wrong career for you, an internship can help build your network—from which you can get career and job advice. (Not all internships are just about picking up coffee. For example, Google internships, while hard to come by, put you to real work.) 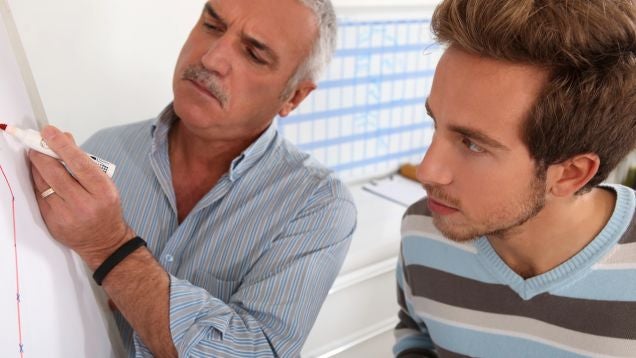 A mentor could help you take your career to the next level and give you the insider insight to help you make sure you're on the right path. Here's how to ask someone to be your mentor.

If there's a career you're interested in, you might also check to see if any companies or people in that line of work would let you shadow them for a few days to see what it's really like. 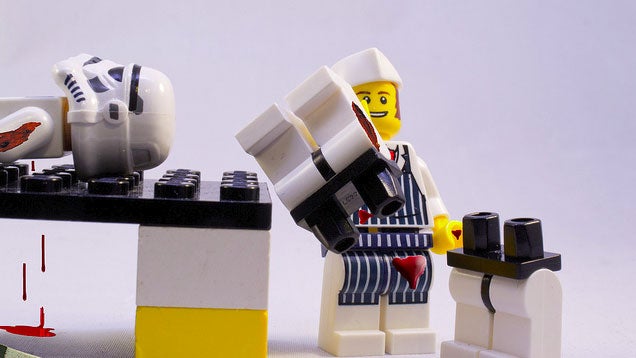 We all know the popular careers available to us—doctor, lawyer, teacher, computer engineer, police officer, store owner, etc. If you feel uninspired by the typical choices, know that there are thousands of unusual jobs you might not have heard about, hidden, perhaps, in the Bureau of Labor Statistics' Occupational Handbook. Mashable has a list of six dream jobs that pay well (panda caretaker! Chocolate inspector!), Thought Catalog highlights 10 more (sex toy testers?!), and Chron lists a couple of others (along with related articles like "Unusual careers with animals" and "unusual accounting careers"). 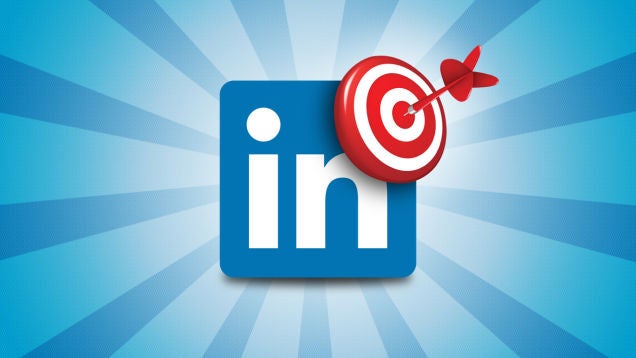 Perhaps the best way to discover a new career is to ask other people about theirs—assuming you come into contact with people who don't all work in the same field. Your LinkedIn network (or other social media sites, but especially LinkedIn) might be a good place to start mining for information. Also, don't forget your local library's reference librarian can point you to career resources. 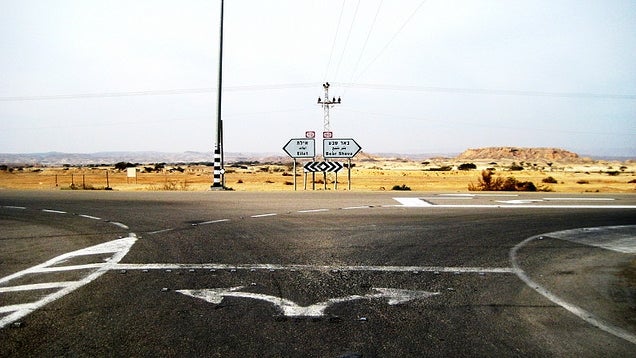 The perfect career for you would most likely fit the G+P+V formula, which stands for Gifts + Passions + Values. Consider your strengths and passions, as we've noted above, and your values—what's nonnegotiable about the way you work? 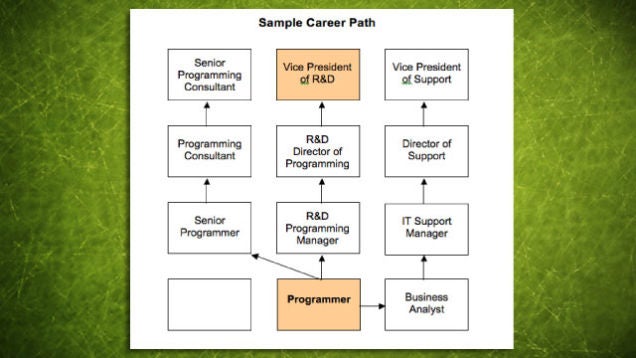 As with most things, your career will benefit if you have goals and a plan for it. Maybe you think you want to be a writer, but the next step after that, is editing. (Do you really want to do that?) Or maybe you want to transition from being an editor to a restaurant owner. (How are you going to get there?) Map out where you want to go, with concrete milestones, as if it were a four-phase project.

1. See Your Career as a Set of Stepping Stones, Not a Linear Path 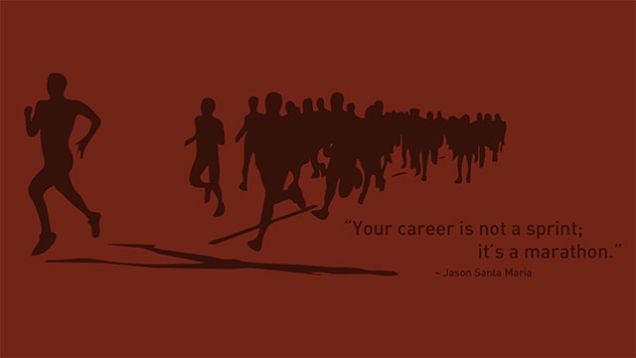 Of course, all these plans and ideas are never set in stone. Your career is a marathon, not a sprint and it can turn out to be a very winding road indeed, knitted together from all of your experiences into, hopefully, a career worth having.

Lying in the hiring process: What Human resources needs to know

People lie all the time during the hiring process. It’s up to Human Resources and hiring managers to catch those liars. Where are those fibs being told — and how can you prevent them?

In this intense job market, it’s no surprise that many applicants exaggerate parts of their resumes to look more enticing to potential employers.

The concept is so widespread, however, that nearly half of all applicants admit to lying on their resumes.

That’s according to a 2009 study from ADP, which found that 46% of all applicants commit some form of resume fraud.

Where are those lies being concentrated? Here are the 10 most common lies on resumes, courtesy of Marquet International:

Your job would be a lot easier if you could easily spot those resume lies and nix those candidates from consideration.

But no matter how clued in you are to what applicants fib about, you’ll still inadvertently bring many of them in for interviews.

That’s when your skills at judging character come in. So who’s the best at screening potential talent? Is it someone who’s skeptical and suspicious about most applicants, or a person who’s trusting?

If you guessed that skeptical managers would do a better job, you’re not alone. You’re also wrong.

That’s according to a recent study from psychologists Nancy Carter and Mark Weber, which was recently highlighted in The Washington Post.

A large majority (85%) of participants said a skeptical interviewer would do a better job spotting dishonesty in job interviews.

But a subsequent study found that people who trust others — or who assume the best in other people — are the best at identifying liars.

How’s this so? On human resources expert explains:

… Lie-detection skills cause people to become more trusting. If you’re good at spotting lies, you need to worry less about being deceived by others, because you can often catch them in the act.

Another possibility: People who trust others become better at reading other people because they get to see a range of emotions during their interactions. That gives them more experiences to draw from to tell when someone is lying and when someone is telling the truth.

Human resources leaves employers with some advice on who they should have in the interviewer role to prevent applicants from duping you into hiring them:

Human resources expert - we need leaders who demonstrate skill in recognizing dishonesty. Instead of delegating these judgments to skeptics, it could be wiser to hand over the hiring interviews to those in your organization who tend to see the best in others. It’s the Samaritans who can smoke out the charlatans.